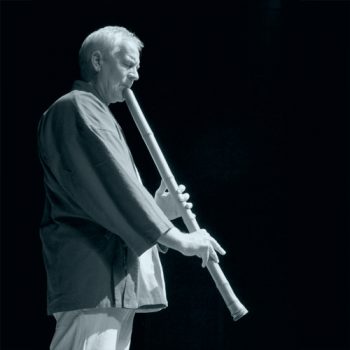 Christopher Yohmei BLASDEL came from the US to Japan in 1972 and began studying the shakuhachi and Japanese music with Japan’s Living National Treasure YAMAGUCHI Goro. He continued with the master until his death in 1999. In 1982, BLASDEL received his MFA in ethnomusicology from Tokyo University of Fine Arts. In 1984 he received a teaching license and was conferred a professional name (Yohmei) from YAMAGUCHI – one of only two non-Japanese to be recognized by YAMAGUCHI.

BLASDEL performs around the world and has taught or lectured at Earlham College (Indiana), Chulalongkorn University (Bangkok, Thailand), Texas A&M University (College Station, Texas), University of Washington (Seattle), Charles University (Prague), Cal Arts, International Christian University (Tokyo), Temple University (Tokyo) and many others. Believing above all in the necessity of balance in music and the connective threads that course through all the arts, BLASDEL mastered the Kinko style shakuhachi classics but also performs modern compositions and collaborates in cross-genre works with other musicians, dancers, poets and artists.

His discography includes ‘Striking Light–Striking Dark’, ‘Navarasa’, ‘Breath Play’, ‘Visionary Tones’, ‘Heart of Bamboo’, ‘Night of the Garuda’ and others. BLASDEL has also composed and performed music for NHK (Japan Broadcasting Corporation) documentaries and various films. BLASDEL has published two major books on the shakuhachi and Japanese music: ‘The Shakuhachi, A Manual for Learning’, the foremost English language book on the shakuhachi and ‘The Single Tone – A Personal Journey through Shakuhachi Music’, which details his experiences learning and playing the shakuhachi in Japan and around the world. His essays, both published and unpublished, can be seen at his website: www.yohmei.com/writings. 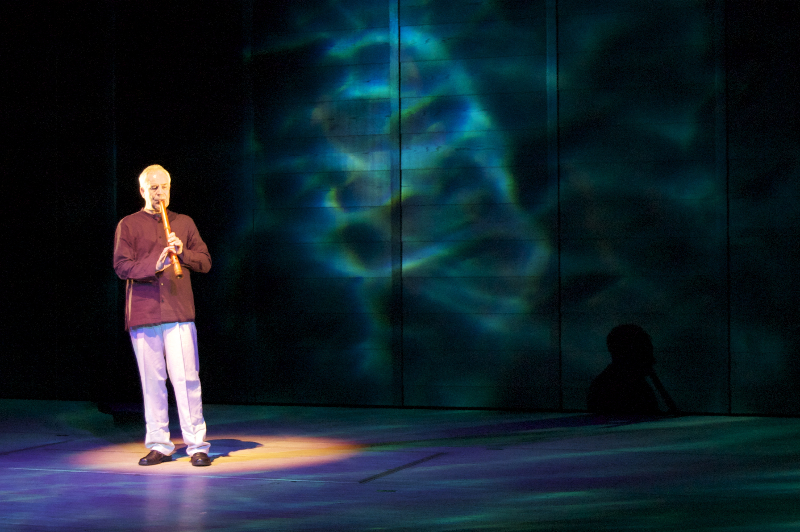