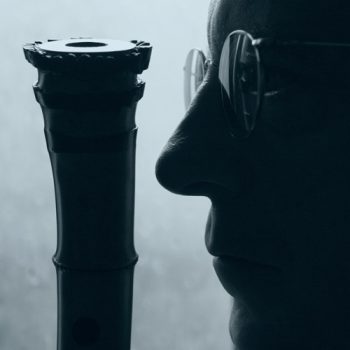 Clive BELL is a musician, composer and writer with a specialist interest in the shakuhachi (Japanese flute), khene (Thai mouth organ) and other East Asian wind instruments.

He has travelled extensively in Japan (where he studied shakuhachi with the master MIYATA Kohachiro), Thailand, Laos and Bali, researching music and meeting local practitioners. He joins koto and shamisen players to perform the Japanese classical repertoire. He toured for over a decade with Jah WOBBLE, including shows at Ronnie Scott’s and the Glastonbury Festival. Clive is the shakuhachi player on Karl JENKINS’s album ‘Requiem’ on EMI Classics, the BAFTA winning animation Kubo And The Two Strings, the final two Harry Potter movies, and The Hobbit. His shakuhachi playing has been featured live on Radio 3’s Late Junction and In Tune.