HAGIOKA Yuko is the daughter of Yamada style koto master HAGIOKA Shouin IV. She began studying koto with her father at the age of three. HAGIOKA went through preschool, elementary, middle and high school at Aoyama Gakuin in Tokyo, graduating in 2013, when she started studying Yamada style koto and shamisen with KISHIBE Michiga.

HAGIOKA also studied nagauta shamisen with KINEYA Sakichi VII. She became an Aoyama Zaidan scholarship recipient in 2014 and performed in their 2nd scholarship concert in 2015. She graduated from the Tokyo University of the Arts in 2017, and while a student received both the Ataka and the Douseikai Debut prizes. At graduation, she was honored to perform before the Emperor in the Imperial Palace. Since 2017, with support from the Young Sankyoku Research Project, she is studying jiuta shamisen with KIKUHARA Koji and nagauta shamisen with IMAFUJI Masako. She is currently a second year graduate student at the Tokyo University of Arts. 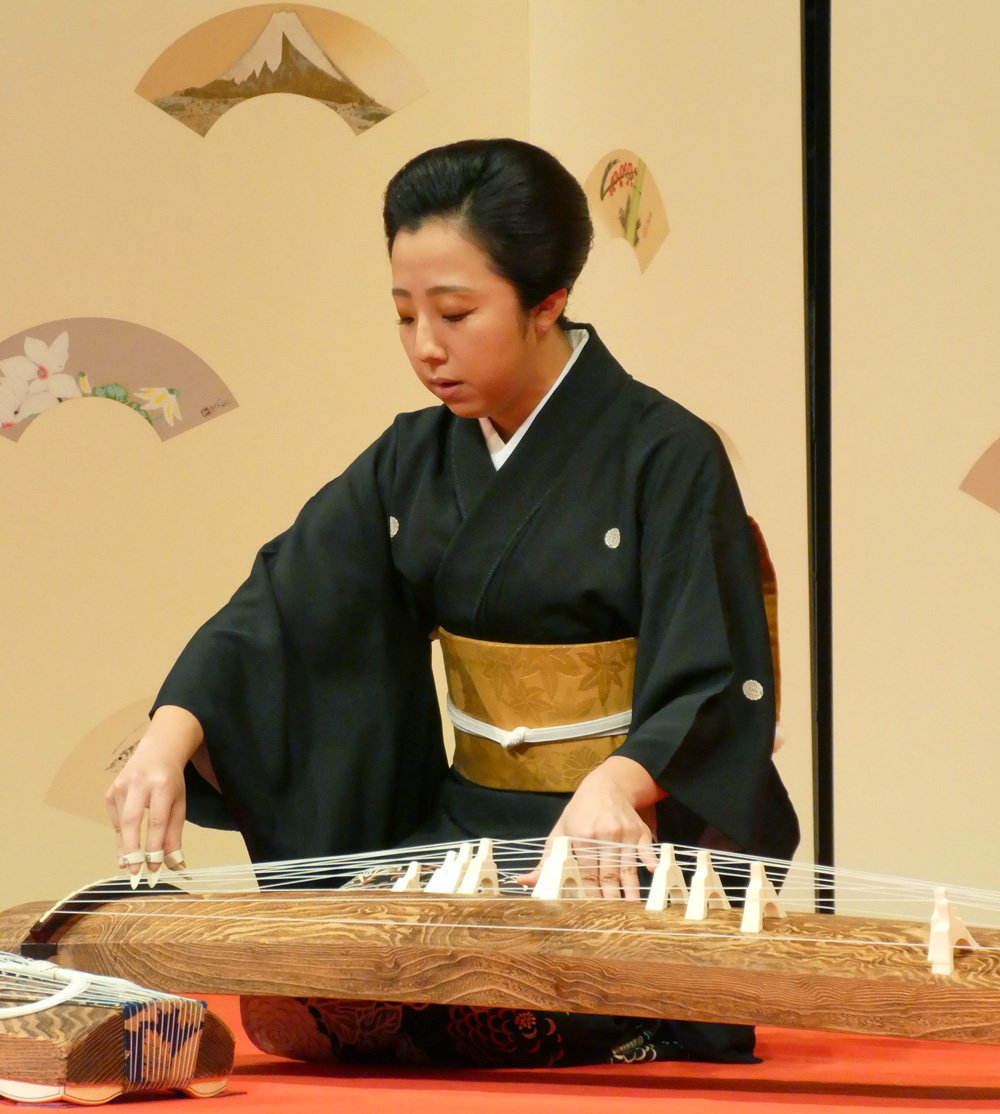