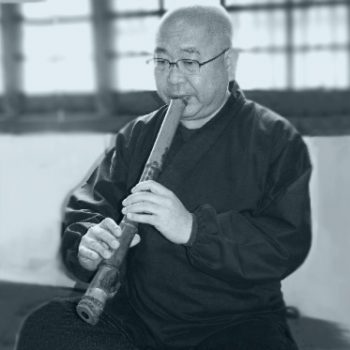 ISO Genmyo was born in 1964. He learned shakuhachi under the tutelage of the 20th ISO Ikko and the 21th ISO Jozan of Itchoken Temple. ISO also trained in Rinzai Zen Buddhism at Kenninji Temple in Kyoto for four years and became in 1997 the chief priest of Saikoji Temple. In 2003 he became the 22nd succesor of Itchoken branch of Fuke Sect. 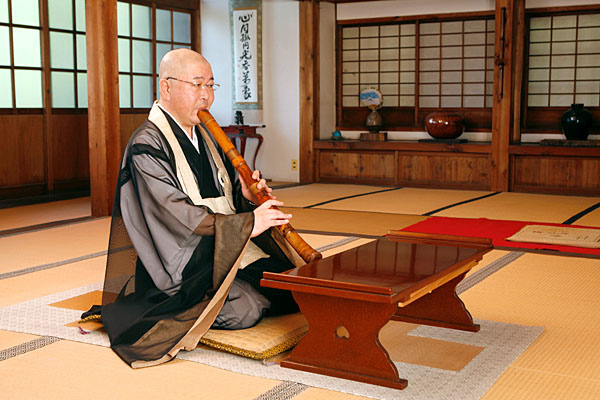