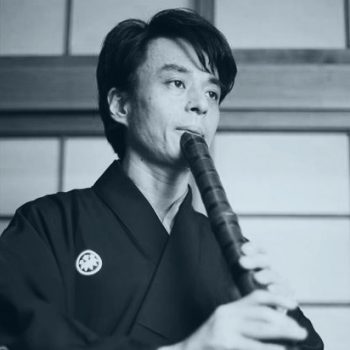 KAWASE Yosuke was born in 1970. He is a Kinko Ryū Chikuyusha shakuhachi performer, son of KAWASE Junsuke III and heir to the Chikuyusha linegage iemoto, and teacher of the Nezasa-ha style of Honkyoku.

Yosuke first commenced study of the shakuhachi with his grandfather KAWASE II Junsuke in 1975. After his first performance (1981) he started a professional career.

KAWASE Yosuke continued his studies at the Japanese Music division of the Music Department of Tokyo National University of the Arts, including studying with living national treasure GORO Yamaguchi, and graduated in 1993. One year later KAWASE Yosuke gave his first recital and in 1996 Performed at the Cannes Music Festival, France on a Japanese Cultural Ministry internship programme. In 1997 he commenced study of Nezasa-ha Kinpū Ryū honkyoku with INOUE Shouei. Yosuke performed his 7th Recital in 2004 and continues to give performances in the sankyoku world, as well
as performing in the Kabuki Theatre. In 2017 Yosuke participated in the Japan Ministry of Culture Arts Festival.

In 2016, in commemoration of his 80th birthday, he performed in a recital at the National Nō Theatre in Tokyo. Since he began playing shakuhachi at the age of 10, he has performed widely in Japan and overseas and has become a leading shakuhachi performing specialist who has also featured in various broadcasts, recordings and videos.

KAWASE Yosuke is currently serving on the boards of the Kinko Ryū Association and the Japan Sankyoku Association, and member of Yamada Ryū Kō no Kai. 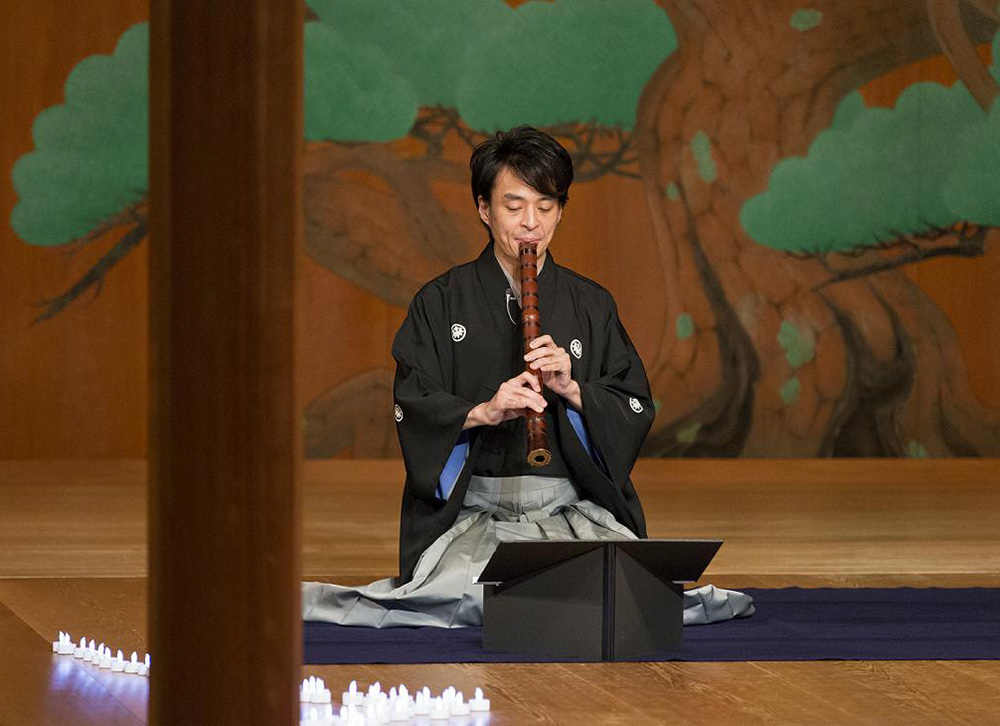