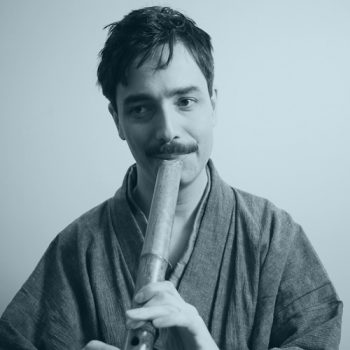 Suizan J.-F. LAGROST began shakuhachi in 2000 with KARIYA Sōzan, one of the foremost representatives of Tozan school. NAKAO Mitsuko, the granddaughter of the founder of the school, awarded him in 2014 the title of dai-shihan (Grand Master). He completed his formation with Véronique PIRON (Kokusai Shakuhachi Kenshūkan), Gunnar JINMEI LINDER (Chikumeisha) and several masters encountered during master-classes. He founded and manages since 2011 the main world forum about shakuhachi. (www.shakuhachiforum.eu)

The diversity of his expertise conducts him to appear in a variety of backgrounds : the ‘Ensemble de flûtes de Paris’ (1st soloist), flute & piano recitals in Taiwan, as a soloist with the ‘Musique de la Garde républicaine’, as well as the with the best traditional musicians on European stages (Barcelona, Prague, Istanbul, Fribourg, Poitiers, Strasbourg…)

Professor of art education at the conservatories of Le Kremlin-Bicêtre and Asnières near Paris, Suizan J.-F. LAGROST enjoys an international career in traditional, contemporary or mixed repertoires. In 2013 he published a Japanese chamber music CD entitled ‘Kyoku’ with the koto player MIYAZAKI Mieko. 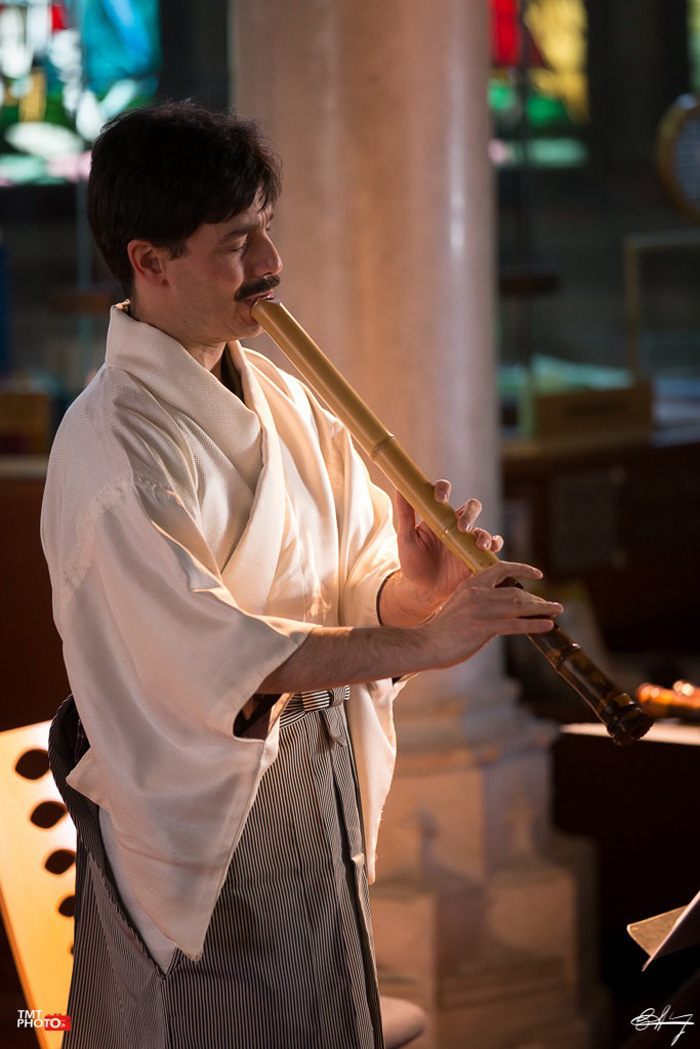