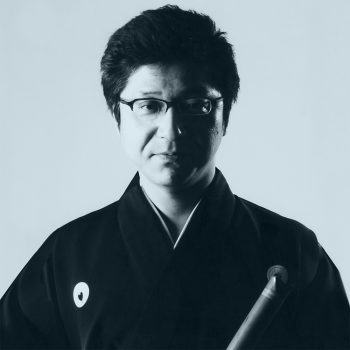 TANABE Shozan was born in Okayama in 1961 and started learning shakuhachi under his father when he was a child. While at Waseda University, he continued his shakuhachi study under the Living National Treasure, the late HOZAN Yamamoto. He was awarded his Tozan Ryū grand master, dai shihan, teaching status and in 1993 received the top prize in the first Nagatani Kengyo All Japan Competition for Traditional Music. He then graduated from the 27th NHK Traditional Japanese Music Training School and also passed the NHK audition.

He performed for Pope John Paul II, and in Carnegie Hall, and in numerous other international venues, and has received accolades for his performances with artists from a wide range of genres both inside and outside of Japan. TANABE also contributed to the production of the middle school curriculum guidebook, ‘The Gift of Music: for Middle School Instrumental Music’, Kyoiku Shuppan publishers.

While carefully preserving the shakuhachi’s traditional flavor, he works in a wide range of musical contexts and, as well as teaching, is active as a performer on stage and in recording studios. His discography includes ‘At Times of Quiet’, ‘Voyage’ and ‘Den3’.

Furthermore TANABE Shozan is a Tozan Ryū Shakuhachi Chikurin-ken Grand Master and a part-time faculty member at the Tokyo University of the Arts. 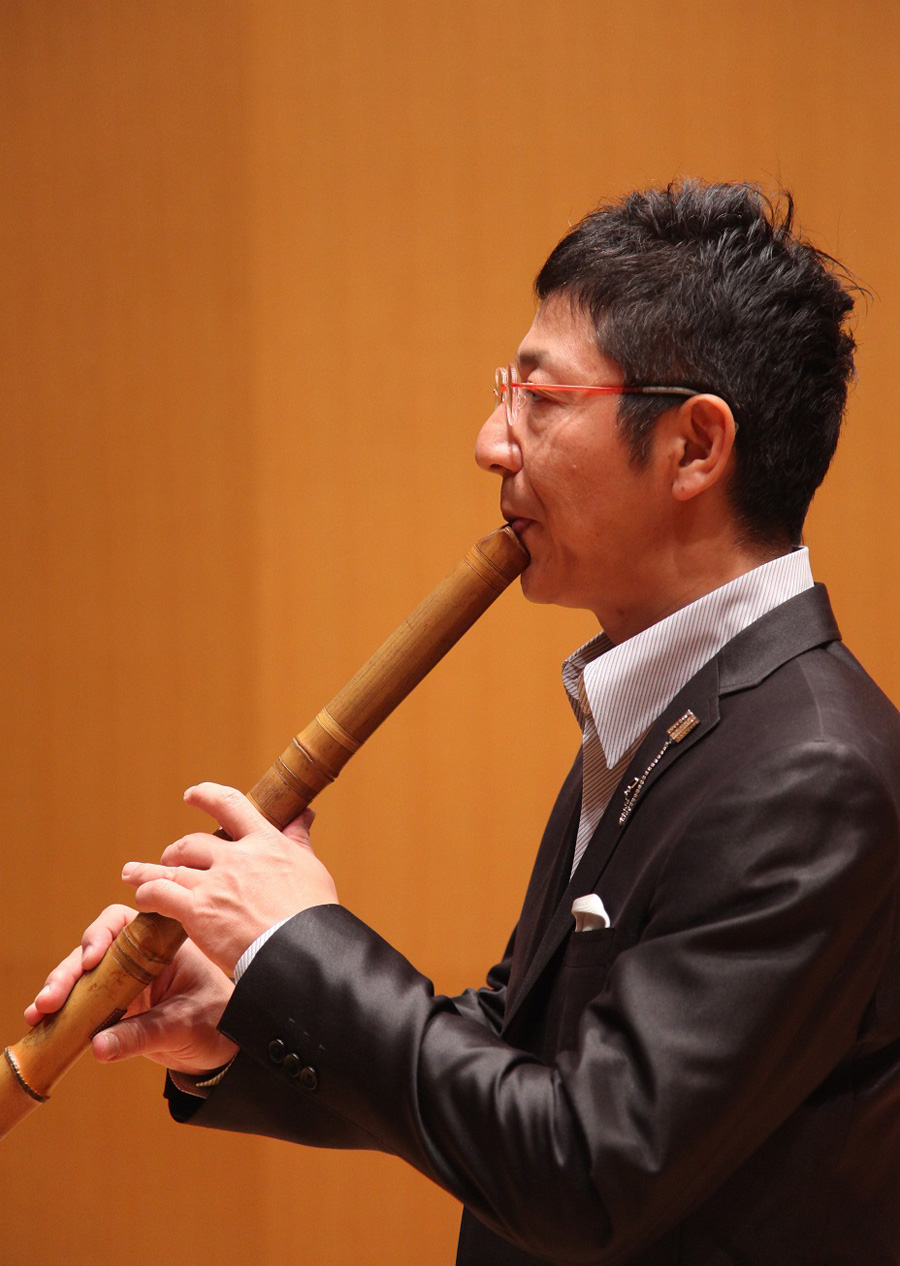