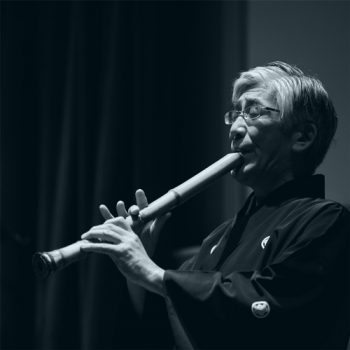 Born and raised in Kyoto city, KURAHASHI Yodo II studied Kinko Ryū shakuhachi and koten honkyoku under the tutelage of the first KURAHASHI Yodo (his father) and MATSUMURA Homei. Today, he is the second generation head of the shakuhachi dōjō ‘Muju An’.

KURAHASHI was the main organiser of the World Shakuhachi Festival 2012 held in Kyoto. 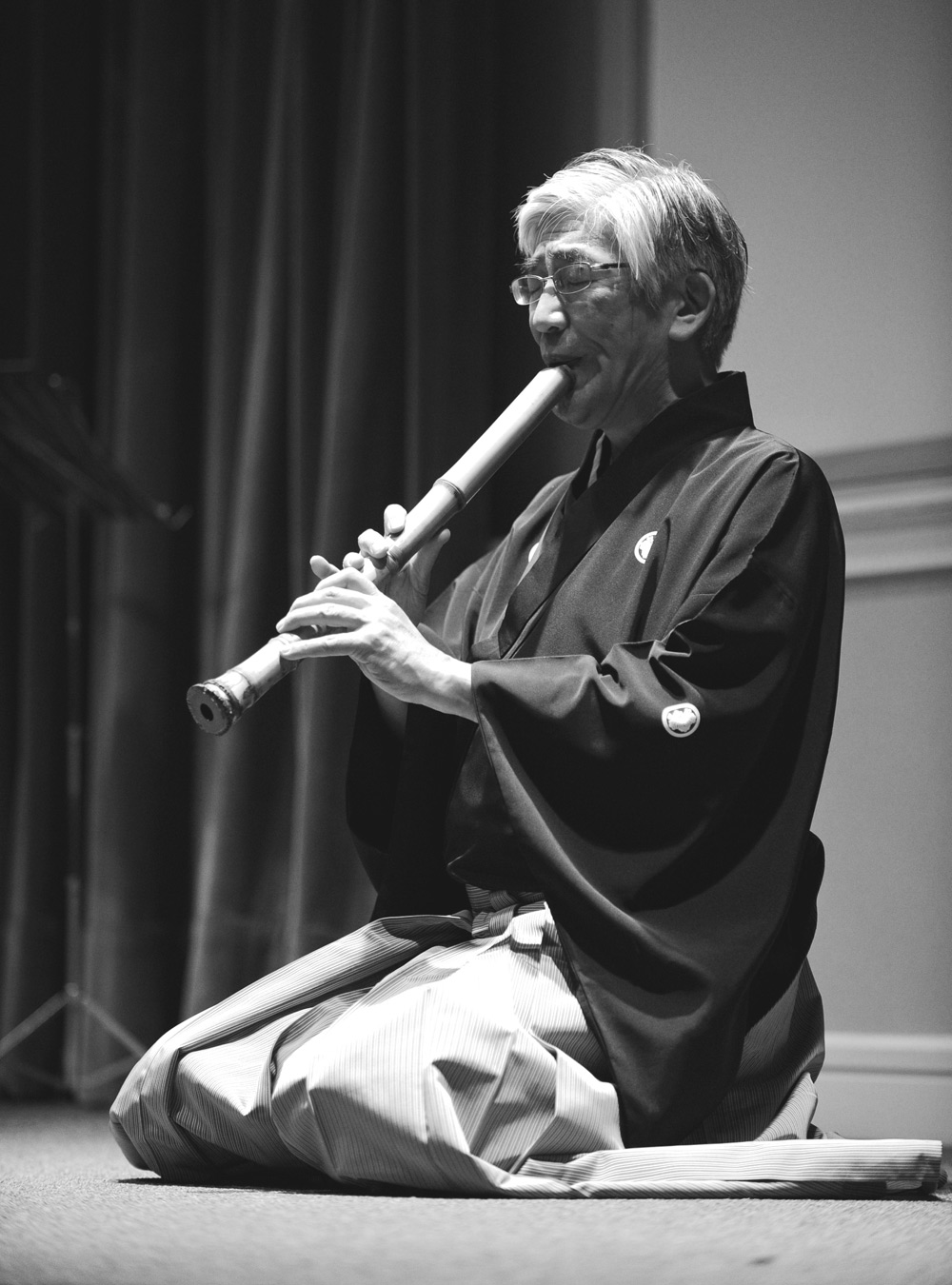