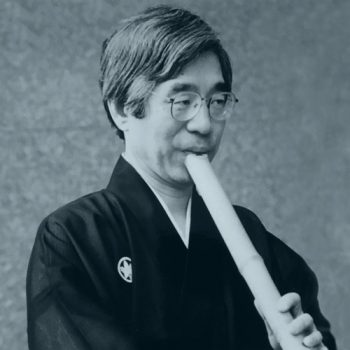 SEKI Ichiro is a leading shakuhachi performer and composer from Tokyo. He studied shakuhachi with YOKOYAMA Katsuya and composition with AOSHIMA Hiroshi, MIZUNO Shuko, MATSUDAIRA Yoriaki and TAKAHASHI Yuji. He was awarded first prize in the Pan Music Festival in 1975 and first prizes for composition competitions for Japanese instruments held by the Japanese Agency of Cultural Affairs in 1995 and the National Theatre in 1999. His performances worldwide include countries such as Brazil, Spain, China, Canada and Australia.

One of his many achievements includes performing an arrangement by SHIBATA Minao of ‘Oiwake Bushi Ko’ for choir and shakuhachi over 1000 times all over the world. He features on the recording, Francis Xavier: The Route to the Orient by Jordi SAVALL (viola da gamba) with whom he has performed many times in Europe since 1996. His compositions include ‘Pentagonia’ for 100 shakuhachi players which was premiered at WSF 1994 (Bisei) and ‘Bamboo Metamorphosis’ for ō-daiko, marimba and 100 shakuhachi players which was performed at WSF 2002 (Tokyo). His recording, Contrasts, features his own compositions played by leading Japanese performers. 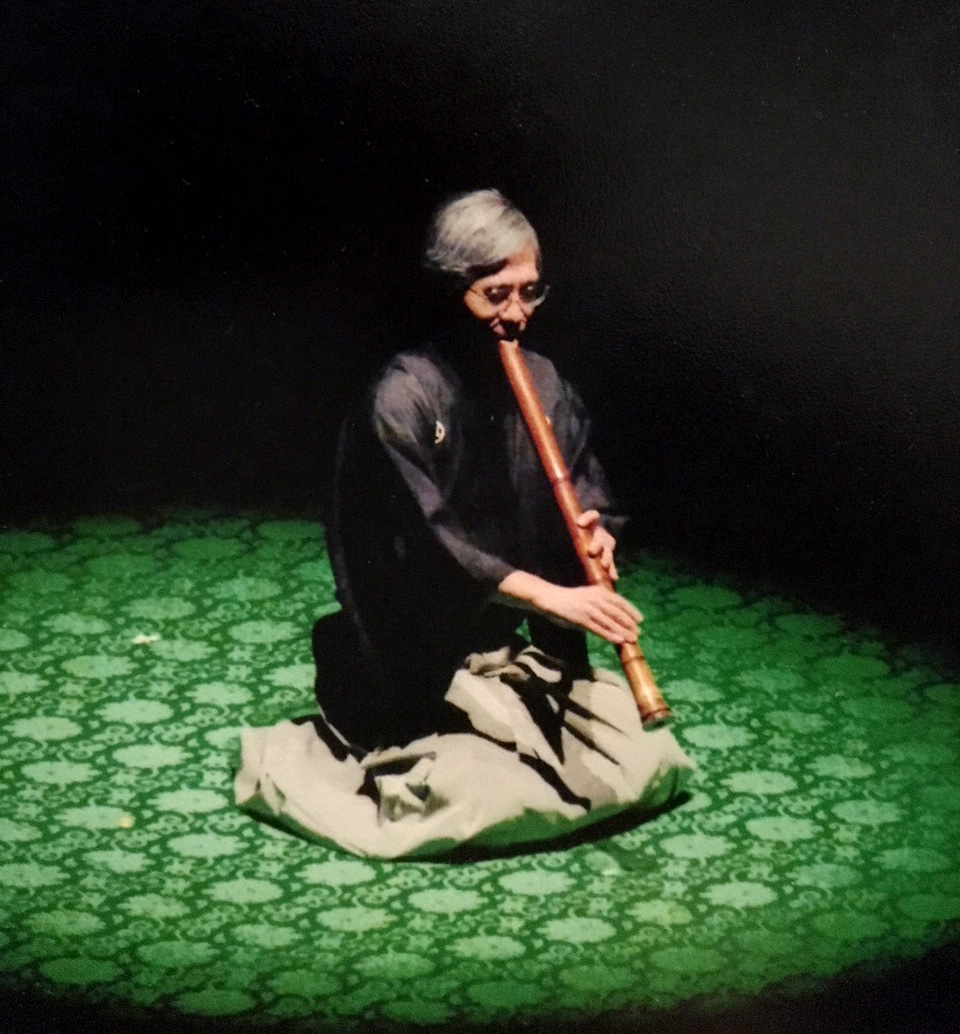